Mirfield Show is an annual agricultural and family fun day held at the Showground Huddersfield Road, Mirfield on the third Sunday in August. It is organised and run by the Mirfield Agricultural Show Society as a not-for-profit event, and regularly attracts over 10,000 people. 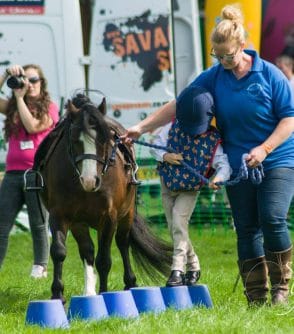 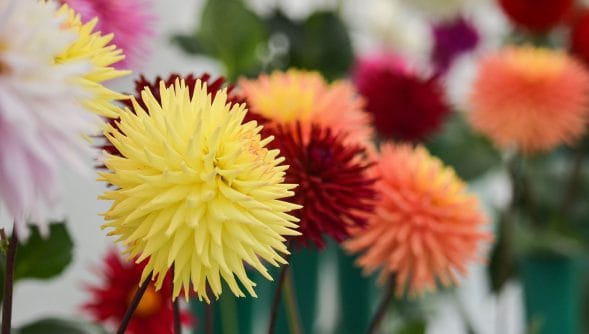 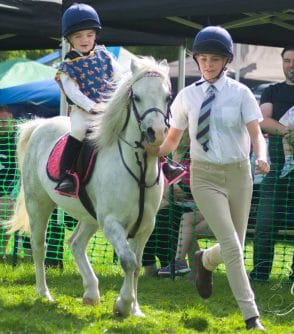 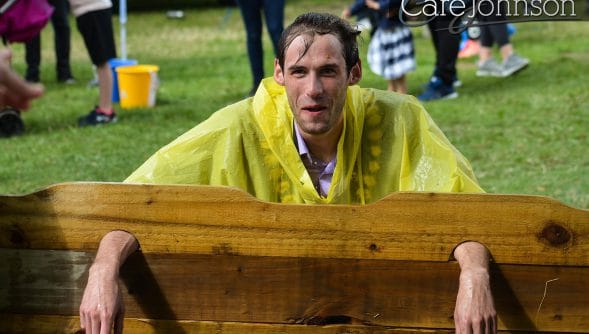 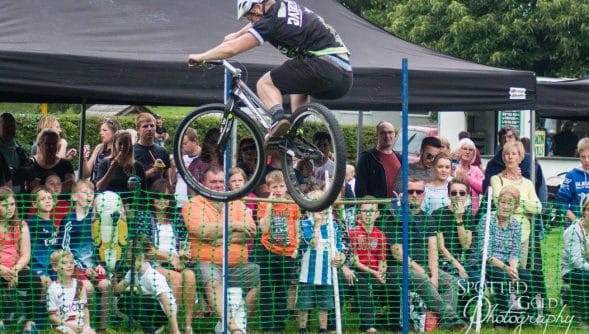 The show is centred around two rings. The Main Ring which hosts the Horse and Pony Show in the morning, followed by main attractions in the afternoon, which have included interactive demonstrations of dog agility, birds of prey, duck herding, sheep shearing, racing terriers, racing sheep, cycle stunt displays, dancers, martial arts, Roman military re-enactments and classic car displays, amongst many others. It has also entertained the crowds with tug of war competitions, children’s races, tripe, jelly and banana eating competitions and it’s Bush Tucker Challenge. The second ring is the Dog Ring which holds the Fun Dog competitions. Over the years the showground has also been home to many outdoor stalls, puppet shows, pony rides, fire service displays, archery, martial arts displays, agricultural displays, animal displays, a food court and the Brass band music and a live music stage– not forgetting the symbol of show weekend – the marquee which is home to craft stalls, plus various rabbit, pigeon, flower, vegetable, handicraft and domestic exhibitors; all competing for Best in Show awards.

ONE WEEK TO GO for catering concessions! Do you run a catering business? Interesting and appealing food? Our cateri… https://t.co/8Nz0xanvXc

Calling all caterers! 2020/2021 tenders have opened. We’re looking for people to give us a great variety of choice!… https://t.co/cmLhYaTANQ

Tonight is our 2019 debrief meeting. Thank you to everyone who filled the survey in, its comments like this that ma… https://t.co/1YmpVESSYL

Advanced discounted tickets at £4 will end on Weds 14th in shops and online! Purchase on the day for £6. Under 16s… https://t.co/qSgtq6dO3h

RT @Examiner: Everything you need to know about what's on at Mirfield Show 2019 #mirfield @MirfieldShow https://t.co/IeFriSUjVo

Wanting to promote your business? £50 gets you banner space on Huddersfield Rd. Limited spaces available. Click on… https://t.co/8QMJmb8y3S

Young people aren’t just the leaders of tomorrow, they can make a real impact today. At Mirfield Show we know this.… https://t.co/c4O9OWe6EP

RT @VolunteersWeek: Ring out the bells - #VolunteersWeek 2019 has just begun! Retweet to show your support and say #ThankYouVolunteers! #v…

Here’s a #VolunteersWeek fact! Did you know… one in ten volunteers get support from their employers to volunteer! W… https://t.co/bdHgFWGJs1

It’s #VolunteersWeek We are always on the lookout for show weekend volunteers. Get in touch! Message us or voluntee… https://t.co/F4IBVn5pox

Tonight we have various meetings for show planning, including Marketing & Bookings. Without these teams, you wouldn… https://t.co/D8iquO1HX7

Love where you live, and we love Mirfield! Some of our committee members picking litter for the Mirfield in Bloom S… https://t.co/dmMddEPRtp

@My_Mirfield Voting closes soon! If you haven’t already - community event of the year! We couldn’t do what we do wi… https://t.co/7nppxorlwy

Sunny Saturday (In February?!) Our facilities team are having their meeting on the showground this morning. 6 month… https://t.co/KwBRhzoOPR

Happy Sunday everyone! Tomorrow (Monday 11th Feb) 7:30pm at the Old Colonial is our AGM. We’re actively looking for… https://t.co/S17s2su9fB

Last chance to nominate us for the MyMirfield Awards! We would love to be nominated & everyone’s hard work recognis… https://t.co/mj8jikS3dH

Stall booking are now open! Do you want to showcase your products, services, or anything else to over 10,000 people… https://t.co/zqGEZfRLGt